Everybody loves unicorns. And drawing them can be really fun. Here’s a lesson on how to draw a beautiful unicorn in motion (walking or trotting to wherever unicorns go!). You can complete this drawing in just 6 simple steps.

Step #1: How To Draw A Beautiful Unicorn: Draw The Rump And Leg

Begin at the upper right and draw a curving line to the left, forming the  unicorn’s rump. Continue down to the joint in the middle of the leg (This is called the hock) and then angle your line inward to form the lower leg.  Create a foot at the bottom and then angle back upwards, creating the rest of the leg as shown.

Next draw the unicorn’s head using a sort of bottle shape. Draw the belly with a simple curved line that starts at the thigh.

Beginning at the left side of the belly line you drew, draw another leg, making this leg straight.

Now start a line slightly higher than the horse’s head, and curve it down to the top of the top of the front leg. This line will complete the chest. Draw a leg like the one shown.

Begin first with the unicorn’s tail. Start a flowing line that curves downward from the top of the rump and comes to a point. Then curve it back upward to the bottom of the rump.

Next comes the unicorn’s horn. Since its head is tilted, start the base of the horn at the top of the line you drew for the face, and either draw the horn as a pointy cone with diagonal lines inside, or as individual segments that narrow and come to a point (see “How To Draw A Unicorn Head For Kids” for more).

Now start a line just above the horn for the unicorn’s mane. Draw the same sort of downward curving line that you drew for the tail, only larger and drawn in the opposite direction. Like the tail, it should also come to a point.

Now begin a line at the top of the unicorn’s neck and draw the ear as you’d draw an upward-pointing leaf.

Finally, draw the last remaining leg, being sure to draw it shorter than the one it’s next to. If you do this well, it will make the unicorn appear to be standing on the ground, and give your drawing  a nice 2D look.

Draw an arch for the unicorn’s eye. A thicker arch will make the eye appear to be more open. A thinner one will make it appear more closed. Draw the nostrils similar to the example and draw lines for the hoofs, and draw a little triangle inside the ear. Finally, draw flowing lines inside the mane and tail areas, being sure to follow the curves of the original lines.

How To Draw A Beautiful Unicorn: Coloring And Adding Shading Or Highlights

The unicorn can be any color you wish. If you want to make it look a little more real and have a little more fun, try adding highlights and shadows to what you drew.

For a good video on how to use highlights and shadows see the video here. 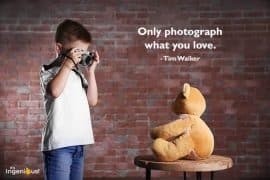 How To Draw A Unicorn For Kids

This website uses cookies to provide you a better experience. If you continue to use this site we will assume that you are happy with it, but you can opt-out if you wish.OkPrivacy policy